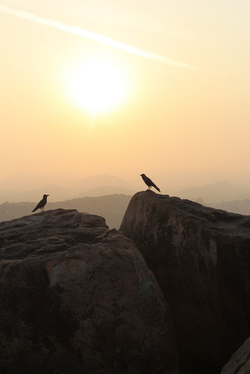 What inspired the formation of CDRC was the idea that people should have an informal, quick and inexpensive option for dealing with conflict. Mediation offers that opportunity by providing people with a neutral third party who helps them have the most productive conversation possible. CDRC chose to be community-based, recruiting and training community volunteers to act as its mediators. The community members trained in mediation skills would be able to put those skills to use in all of their interactions, not just in the formal mediations held at CDRC.

Several things came together to allow a smooth start for CDRC. New York State's court system was encouraging communities to start mediation centers. By providing mediation as an alternative or adjunct to court action, the courts hoped to focus its resources on the situations that required judicial intervention to resolve. No one in Tompkins County offered mediation, and Cornell University's Center for Religion, Ethics and Social Policy (CRESP) was willing to sponsor this work.
So in September of 1983, CDRC began as a project of CRESP with a $20,000 grant from the Unified Court System of New York. Co-founders Jeff Furman and Judy Saul split one full-time staff position. They recruited a group of willing volunteers, brought in a trainer from an existing mediation center in Syracuse and trained CDRC's first mediators.

CDRC's history has been marked by many milestones, including:
​

The changes are remarkable. In 1983 CDRC consisted of two people splitting one position, supplemented by 12 volunteer mediators.  Now, in 2022 CDRC employs seven people in three counties, supplemented by 38 volunteer mediators. During the past 39 years, CDRC has trained a total of 652 individuals who volunteered with the agency for at least a year. During 1984, CDRC's first full year, the agency handled 77 cases, compared to 832 in 2021.  CDRC served a total of 377 people in 1984. In 2021, the agency served 2071 people through mediation, conciliation, conflict coaching, conflict circles, outreach, facilitation and training.

Though we've grown, CDRC's mission is essentially unchanged. We understand the ways in which conflict makes each of us less than our best selves. By fostering constructive responses to conflict, we help people get clear about their own needs, the perspectives of others and, weighing both, make the best decisions they can. Thirty Plus years has proven that talk works!